Home > Nieuws > Clarke-Salter: ‘I was with players I played with on PlayStation. Crazy’ 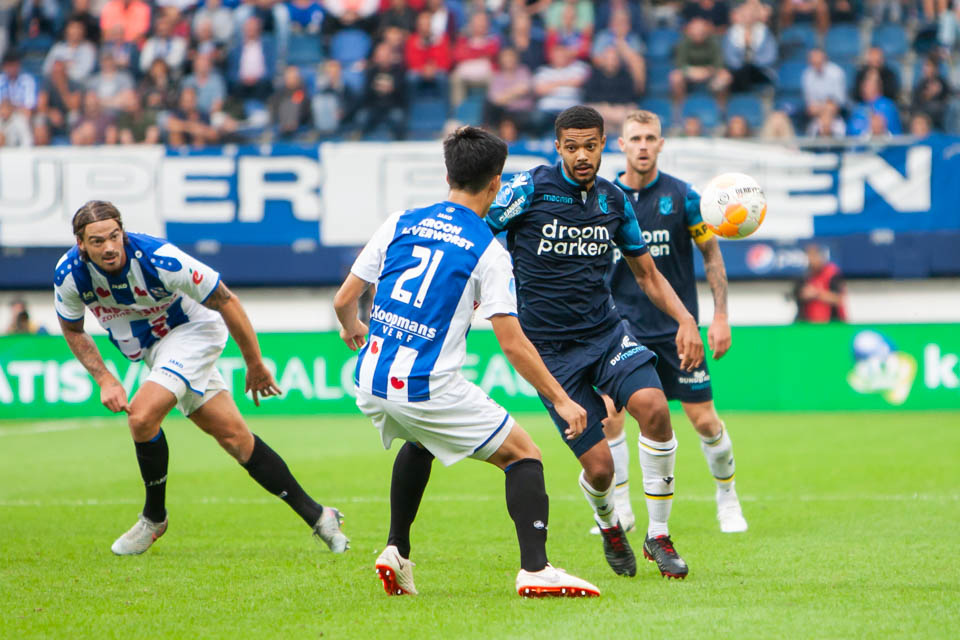 Clarke-Salter: ‘I was with players I played with on PlayStation. Crazy’

ChelseaChelsea’s defender, on loan at Vitesse Arnhem, draws comfort from Sergio Ramos after three red cards in his fledging career
As the referee reached for his back pocket less than half an hour into Vitesse Arnhem’s Europa League qualifier against Basel in August it was easy to imagine what was going through Jake Clarke-Salter’s mind. The Chelsea defender’s previous loan, at Sunderland last season, was overshadowed by back-to-back dismissals and now another red card – and a harsh one, too – was about to be shown in his direction. Holding his head in his hands, Clarke-Salter had only one thought: “Not again.”

Pulling up a chair at St George’s Park before England Under-21s’ game against Scotland on Tuesday, Clarke-Salter talks about “a massive learning curve” as he reflects on those red cards and his loan experiences, starting two years ago at Bristol Rovers, where he ended up having a metal plate inserted in an arm after a painful fracture-dislocation of his elbow.

At times it has been a test of his character as much as anything, especially at Sunderland, where Clarke-Salter had been so keen to have a positive impact only for everything to unravel. “It was tough, I was 20 years old and obviously I had to deal with the responsibility because they were my mistakes,” he says. “The first sending-off was a derby game and I made a badly timed tackle. The second one was just a bit of inexperience on my side. I’d just come back into the team, so I was gutted. But I’ve learned from it.”

Although his dismissal against Basel was controversial and hard to accept – Clarke-Salter clearly made contact with the ball first – he could be forgiven for worrying about picking up a reputation for seeing red. “You say that but then Sergio Ramos has had 20-something red cards in his career and he’s one of the best centre-backs ever, so it happens,” Clarke-Salter replies. “It might be the last red card in my career. It might not be. But you live and learn.”

It is easy to overlook the leap from academy to senior football, even for those who have enjoyed spectacular success at youth level – and Clarke-Salter falls into that category. He was in the England squad who triumphed at the Under-20 World Cup last year, part of the Chelsea team who lifted two Uefa Youth League titles and is among a select group of teenagers to have won three FA Youth Cups. Yet first-team level presents a fresh set of challenges. “It’s a lot different to academy football,” he says. “Every point matters. But fighting for those points in front of fans is the best feeling ever.”

Although Chelsea’s close ties with Vitesse will naturally lead some to assume Clarke-Salter had little say in joining the Dutch club, the 21-year-old insists it was “completely my choice”. He met Steven Gerrard, Rangers’ manager, at the Toulon tournament in the summer with a view to going to Ibrox and several Championship clubs were interested but Clarke-Salter liked the thought of playing in the Eredivisie, where Mason Mount excelled on loan from Chelsea last season.

“A lot of young English players at the moment have gone abroad,” says Clarke-Salter, who has started every league fixture for Vitesse and is playing with more and more confidence. “I think it’s the regular game time that is important to us. That’s the main thing – playing games can open up so many opportunities. Mason is an example of that. He didn’t play much for the first couple of months at Vitesse, then all of a sudden he ripped the league apart.”

Listening to Clarke-Salter it is clear he has had to grow up fast on and off the pitch. He is one of six children – the youngest is 10 – and his responsibilities extend beyond being an older sibling. “My mum and dad separated when I was about 11. So I’ve been a father figure for my little brothers and sisters and tried to be like a role model for them, supporting them and hopefully giving them a better childhood,” Clarke-Salter says. “I’m trying to be a positive influence; that’s one of my aims really, to be there for them.” I feel like I’ve learned to be a man and I think that’s helping me now, because I’m confident and playing well

Succeeding at Chelsea has focused his mind in that respect. He joined the club he grew up supporting when he was nine and his determination to make the grade shone through from an early age. Academy staff at Chelsea still smile at the way Clarke-Salter would knock on their door again and again. “I just always wanted to try to improve,” he says. “So I was asking questions, like: ‘How can I do better?’ I never wanted to waste a training session. I always wanted to try to be at the top and progress with the older age groups, like some other players were doing.”

Although a cruciate ligament injury stalled Clarke-Salter’s progress before he signed as a scholar, he went on to make his Premier League debut for Chelsea as an 18-year-old in a 4-0 win at Villa Park in 2016, and the smile when that occasion is mentioned says everything. “I came on for Pedro, a World Cup winner, which was a bit surreal,” he says. “I remember I was looking around playing with players like [Cesc] Fàbregas and [Alexandre] Pato, who I used to play with on the PlayStation when I was young. It was a crazy feeling, the sort of thing you dream of doing.”

Thoughts of playing again for Chelsea can wait. At the moment it is all about getting a full season behind him at Vitesse, who are fifth in the Eredivisie, retaining his place in Aidy Boothroyd’s England Under-21 squad, which is something that means so much to him, and taking the positives from a couple of tricky experiences.