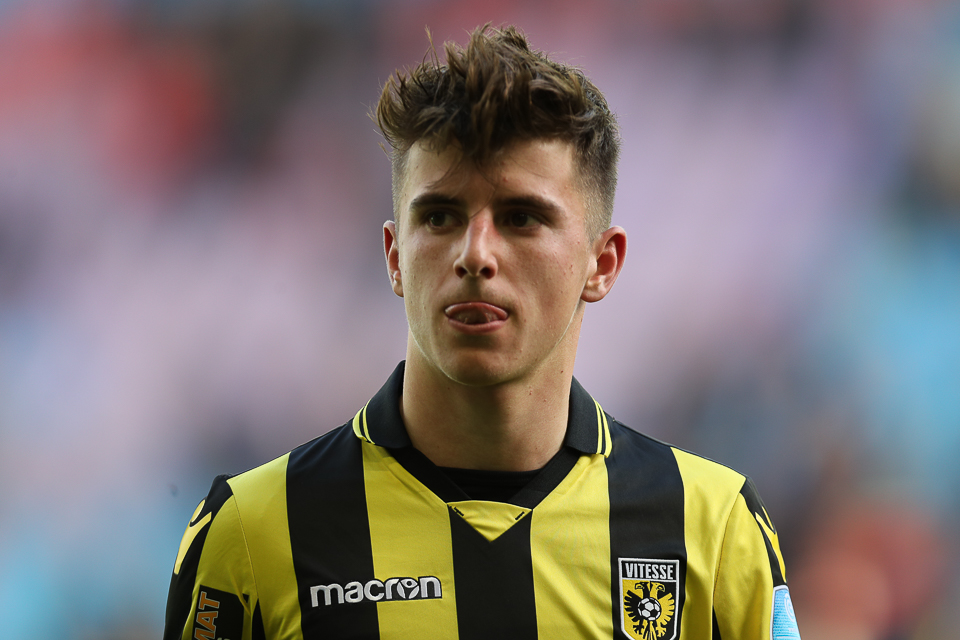 “Vitesse was a brilliant decision and a brilliant loan. To go out and learn about a different kind of football. It’s different playing out there. I had to grow up so I learned a lot while I was out there. I am so grateful for what they did and for the player I have become now.

“It’s not everyone’s cup of tea. It won’t suit everyone to go abroad at such a young age. You have to be mentally strong to move away from your family. I was 18 when I moved out there.Mount played against Chelsea for Derby County (Reuters)

“I was living on my own at the beginning and had to grow up very quickly. For some young players it might not be their way to success or their pathway. That was mine. I chose it. I was dedicated and focused out there. It was definitely right for me but for others it might not be. It really set me up to develop for the next season in England”